Oryx Increases Presence in the UK with SkillOnNet Brands 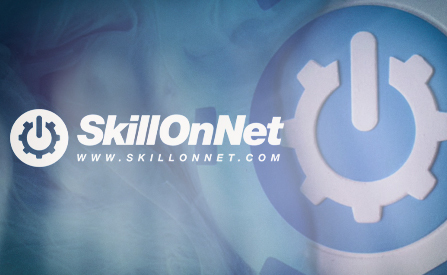 Oryx Gaming has continued to grow its presence in the United Kingdom, following the Bragg Gaming Group firm's inclusion of its content on a variety of casino brands operated by SkillOnNet in the market. SkillOnNet has licenses in several European nations, including Sweden, Denmark, Germany, the United Kingdom, Portugal, Malta, and Spain. Oryx obtained a UK Gaming Commission license in November 2021 and just weeks after launching in the United Kingdom, has followed up its initial agreement with 888casino. According to the recent deal with SkillOnNet, its titles will also be made available to PlayOJO, PlayMillion, Slingo.com, and SpinGenie.

It's also been announced that Egyptian Magic, the studio's debut game, which is being produced by Atomic Slot Lab and published by Bragg, will be accessible to local players.

Chris Looney, Chief Commercial Officer at Bragg, said:“We have hit the ground running in the UK and are thrilled to have partnered with a number of leading operators so swiftly after receiving our UK license.”

Jani Kontturi Head of Games at SkillOnNet, added: “We are always looking for exciting new content to add to our offering and ORYX brings a diverse mix of unique and entertaining games that we are confident will resonate with our players in the UK.”

In 2010, Oryx was founded with the goal of building gaming platforms that provide all of the features that a gaming operator requires. They linked a plethora of services with third-party applications such as firewalls and payment processing as a result. In 2012, the firm launched its first gaming platform, which it continues to develop nowadays. To create a new platform, the company has gathered a staff with extensive knowledge in various areas such as software development, games, entertainment, IT services, content creation, legal, finance, and so on. A business is customer-centric, so its website and all basic operations are based on customer requests. They are based in Canada, USA, Malta, and Estonia. Its solutions target huge markets, allowing operators to easily integrate gaming software into their platforms. In addition, the team of experts has developed a modular platform that allows users to select the items of their choice.

Get Ready for a Wild Ride with Big Cat Rescue Megaways

Playtech to Integrate Games with SkillOnNet