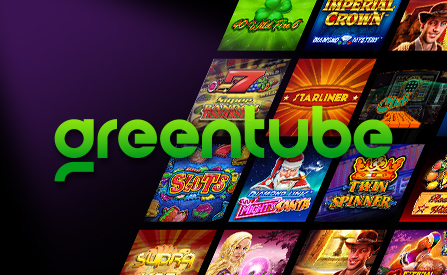 For such a household name Greentube is actually relatively unknown as a brand. That wasn’t the case during the early days of online casinos, or land-based casino gaming either. But perhaps all that changed when Novomatic acquired the company, and as their own brand is already strong enough they didn’t need a studio under themselves to rival it. And to complicate things further, Greentube itself has grown into a conglomerate itself, operating in almost all aspects of online gaming, including having further gaming studios under their charge.

And as you can imagine, all that means that chances for scoring some no deposit casino bonuses is pretty good. But that shouldn’t obviously be your main aim when looking for Greentube online slots, as some of these games have become legends in their own right. Games like Plenty on Twenty, Sizzling Hot Deluxe, Mystic Secrets, Lucky Spin Jackpots, and Wish Upon A Star are a must try. But there are plenty of more games to try out, and a lot more to learn about this company and what it offers. Read on to uncover all the details! 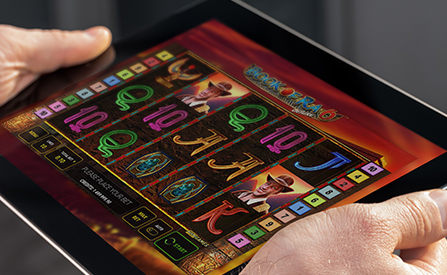 Greentube was first established in 1998, though the name itself was only adopted two years later in 2000. Online and mobile gaming were obvious areas of interest for the company even back then, and not only when it comes to online slots. Table games, video poker and video bingo are also part of the selection. From time to time the company seems to have also dabbled in gaming outside of online casinos, including social free to play sites. Naturally, video lottery terminals, or similar land-based gaming machines, are likewise a point of interest for the company.

The company saw quite strong growth, especially in its main market areas in central Europe. Established in Vienna, Austria, it is no surprise that the games proved extremely popular in German online casinos too. Rapid growth and expansion led to acquiring the interest of larger corporations, and it so happened that Novomatic ended up purchasing the company in 2010.

Since then the company has continued to act more or less independently, increasing its reach across the casino gaming world quite tremendously. They hold offices in gaming hotspots like Malta and Alderney, with subsidiaries in pretty much all the important market areas of the world, including in the US. They also have licences from pretty much all European jurisdictions, including UK, Gibraltar, Sweden, Spain, Italia and so forth. This is followed by certificates from all the important testing laboratories like GLI, as well as an ISO certification.

If you aren’t familiar with Greentube yet, it’s about time you will be. They are truly a giant on the playfield. 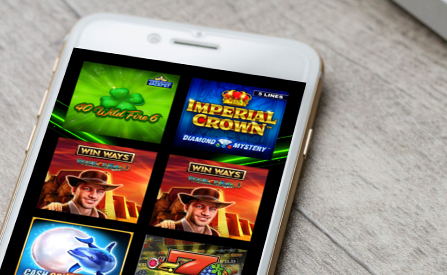 Over the years the company has managed to create several unique game series. The most famous of these is probably the Diamond Link series. This includes games like Mighty Buffalo, Oasis Riches, and Mighty Elephant. Each game stands on their own, but what they share through the Diamond Link is an ability to land one of four jackpots.

You might be familiar with terms like ways to win, Megaways, or paylines, but have you heard of Win Ways? This is a mechanic the company created, the purpose of which is to give players another way of counting the wins. And not only that, but each win will cause a reaction giving room for more wins on the same spin. Check out titles like Book of Ra, Sizzling Hot 10, and Lord of the Ocean 10 Win Ways.

As you can tell, Greentube makes sure that they are in touch with the times. That’s not to say you couldn’t find a bit of that classic influence in their games too. Overall, there’s not much you couldn’t find in the way of online slots when it comes to this company. Simply pick one of our suggested no deposit casinos and start exploring the options!

Greentube, or rather Novomatic, used to have a live casino studio of their own, called Extreme Live Gaming. However, this was acquired by Pragmatic Play in 2018. The company does still offer an assortment of automated table games like roulette, blackjack, baccarat, and 3 Card Brag. Jacks or Better, Deuces Wild, and American Poker represent the haul when it comes to video poker.

Video bingo games are surprisingly numerous, as you can find dozens and more games in this category. No doubt the numbers will keep increasing. Fluffy Bingo, Book of Ra Bingo, and Pharaoh's Bingo all offer different setups to explore with different patterns and ways to win.

So are there any Greentube no deposit bonuses, and if so where to find them? If that’s the question you’re asking, you’ve definitely come to the right place. Our list of no deposit casinos presents you with all the best no deposit bonus spins and no deposit cash bonuses that you’ll ever need.

When it comes to the company itself, they’ve long since realised the importance of casino bonuses. Given that both Greentube and Novomatic run their own casino engines, backends, servers and the whole setup that one needs to run an online casino and the games, you can be sure that all sorts of bonuses are possible.

The company is definitely taking some interesting steps in that direction, such as acquiring CashBet, and might well become one of the first major gaming companies to offer no deposit cryptocurrency bonuses.

2. Are these games mobile compatible?

Mobile casino gaming has been a big part of what the company has offered ever since it started operating. You can easily play all the games on all mobile devices.

3. What are the smaller teams operating under Greentube?

For the moment, there are two development studios: BlueBat Games and AbZorba Games. The former not only deals with social casino gaming, but is de facto representative of Greetube in the US casino markets. The latter in turn deals with table games, and as rumours tell also in live dealer games.

4. Are these games safe to play?

Greentube has to be one of the most licensed and certified iGaming companies to exist. You can rest assured the games are safe and secure.

5. Which Greentube casino should I choose?

Check our list of Greentube no deposit casinos and pick the one that offers everything you’re after. Consider things like payment options, tournaments and other similar benefits, deposit bonuses, other games, customer service, and everything else go through in detail in our casino reviews!